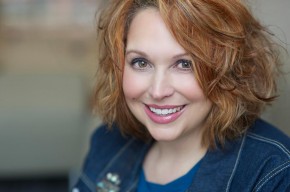 My Friend Kim Carson met one day when she was doing a live broadcast at the Local Grocery Store…  ever since that day- we’ve been incredible friends! Kim Loves Flowers just about as much as I do… and her amazing personality and passion for Life – are apparent in everything she does.

When I chose the guest for the first Life in Bloom Episode- it had to be Kim Carson- (watch the show NOW!)

She was a regular host on a daily lifestyle show “Take 5 and Company” on the local ABC Affiliate here in Grand Rapids… and I loved guesting with Kim… it was like being on TV with my Best Friend! When I moved to Grand Rapids Michigan back in the Early 90s- I listened to her DJ on the Radio… and she was so Funny, Happy and Friendly- she was my first “friend” in Grand Rapids… even though she didn’t know it…I just listened to her every morning. 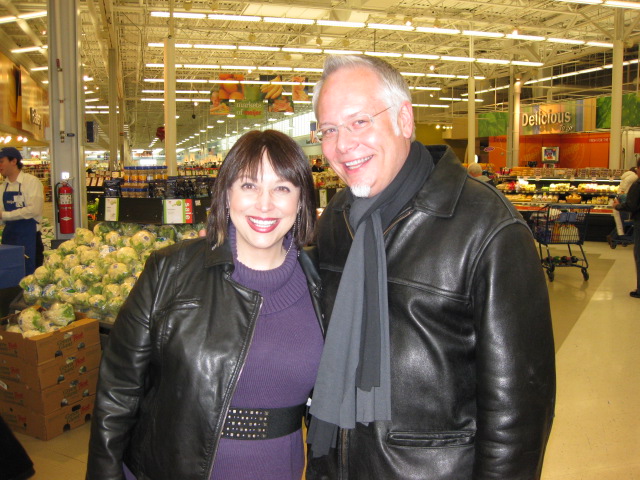 This is the day that Kim Carson and I met- at the Meijer Grocery Store- she was doing a live broadcast!

We’ve hosted flower events at the Local Home and Garden Show- and when she lived in Grand Rapids- I used to surprise her with Flowers on the Air- now and again… Now she resides in Kalamazoo Michigan- and is part of a super popular show “Kim and Curtis”.
You can find out more about this amazing Broadcast Superstar- Accomplished Author and Poet – and Public Television Hostess with the Mostest at www.KimCarson.online  Kim is a wonderful flower lover- she appears in my first Award winning book  “FUN with Flowers” available in the uBloom Store! Here’s a link to my Appearance on Take 5 & Company with Kim – when I published my first book!

She’s also appeared on JTV- (catch this Throw Back Episode here) following her diagnosis with Colon Cancer- to help me make Cancer Awareness Bouquets… and then again- with Single Flower Arrangements on Fun with Flowers – that inspired segments for this Episode of Life in Bloom! Watch that show here!

One More little secret about Kim Carson…she’s the GORGEOUS Voice you hear in our underwriter pod… she’s a Voice Over Expert- and I just love having her around… (the Truth be told… she’s the TOP appearing Guest throughout my career… ) You’ll see her again – on J Schwanke’s Life in Bloom- Episode 8- FLOWER POWER…
She’s a Flower Friend Extraordinaire… My own GIFT from the Universe! 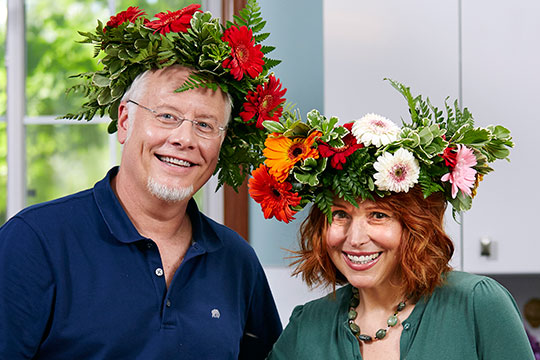 Episode 1 – Creating a Life in Bloom 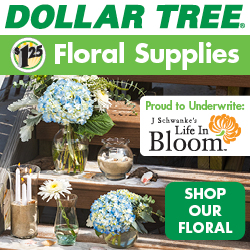