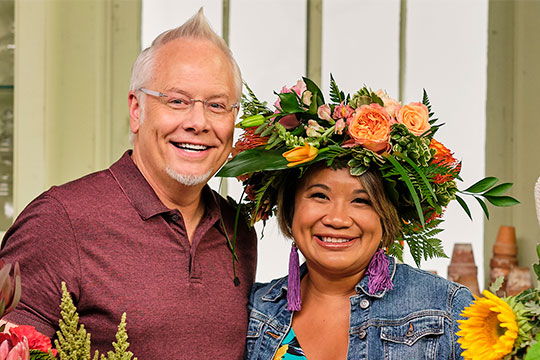 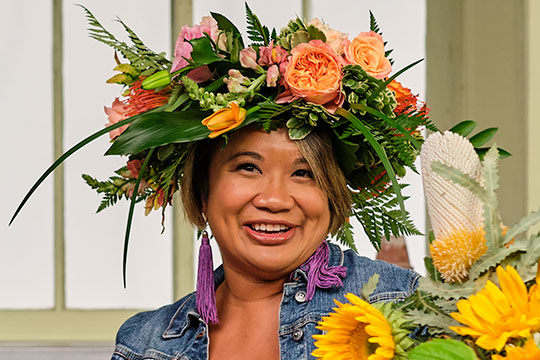 My Friend Jenn Pascua is a Media Expert in Grand Rapids- and a wonderful Flower Friend!

Then Jenn became one of the Hosts of “Take 5 & Company”- that changed it’s name to “My West Michigan”… both lifestyle shows for WZZM Channel 13- the ABC affiliate in Grand Rapids… Jenn and I always had a good time… and lots of laughs! The Coolest thing about Jenn- is that she is up for ANYTHING- She will try anything- she will do anything- and she will eat anything… in fact she even ate a rose- that was covered with wax and was scented with chocolate- it was just for looks- but Jenn gave it a try… hehehehe! 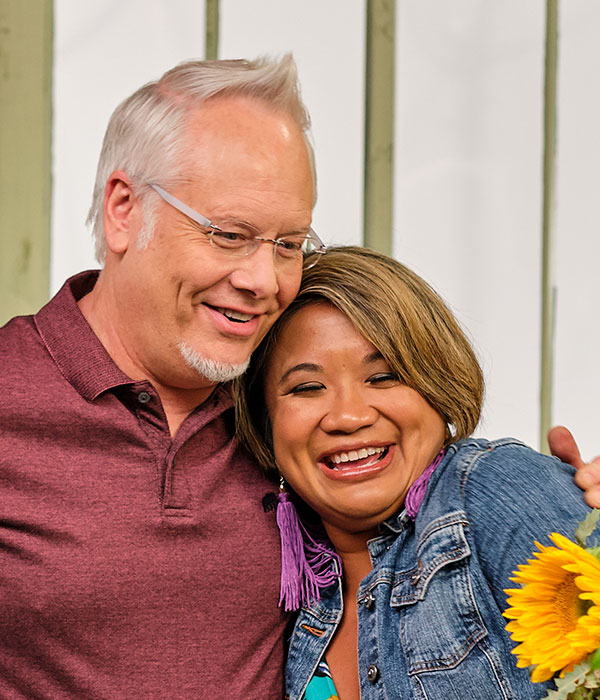 I Love this Little Dynamo- Jenn Pascua- makes me laugh – and we have the best time- no matter what we do!

Today Jenn is a Media Specialist- and Popular Celebrity in Grand Rapids Michigan- she’s an Expert when it comes to Social Media, and Live Broadcasts- and Promotion and Marketing- there’s really not anything – you can pitch to Jenn- that she won’t hit into a Homerun! She’s a Super Star! 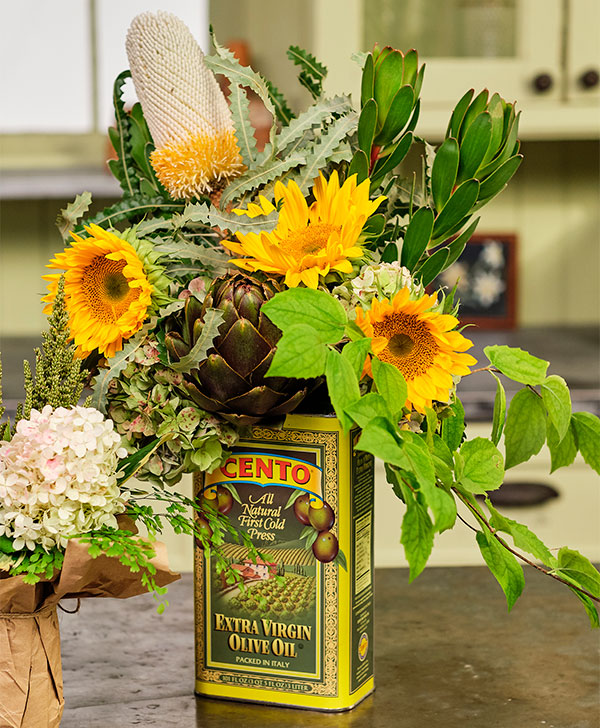 You’ll see that Jenn if NOT afraid- and she jumps right in- she’s NEVER Fearful or afraid- she’s the Can Do- Will Do Girl that everyone talks about… She has to write a book someday- because she’s Done it all… Just ask her. You can watch Jenn single handedly create a fantastic arrangement- in an Olive Oil tin- using Sunflowers- Banksia Protea and more… in Life in Bloom Episode 208- Thinking outside the Vase- Here!

We’ve had some really fun times together- whether it was at the Local Fund Raiser for John Ball Zoo- RendeZOO- or sitting in the VIP Section at the CAKE Concert at Fredrick Meijer Gardens- we just seem to run into one another all the time- and it always means there will be Fun and Lots and Lots of Laughs. 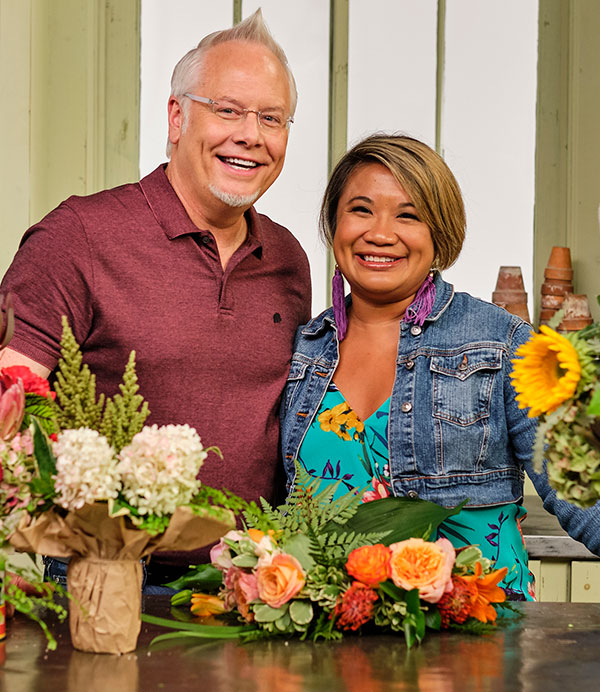 No Matter what- No matter how crazy my idea… Jenn Pascua is always game for my ideas… THANKFULLY!

A few final notes… Jenn just joined me for Season 3 of Life in Bloom- where we talked about Flower Fragrance and Memories it can evoke- it was a Treat… Which makes Jenn Pascua- my MOST Frequent guest on J Schwanke’s Life in Bloom- That’s something we can all get excited about- (RIGHT Jenn???!)… I think we’ve started something… what do you think???! 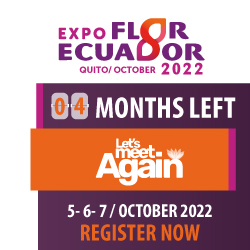