Let’s go behind the bloom at the Tournament of Roses Parade in Pasadena California. The history of the Roses Parade is interesting and colorful…The Parade was established to share the bounty of California with the Rest of the nation that is inspired by the Parade on New Year’s Day. It showcases the beautiful weather and the amazing varieties of agriculture exclusive to California.

We take you behind the scenes with Kit Kat Clocks (an iconic American Made Mid-Century Clock) and CalPoly University. In both cases, their floats are created exclusively from ONLY California flowers, foliage and produce…It’s a monumental feat!

I talk to the California Secretary of Agriculture about the important message behind certifying these 2 Floats as “California Grown”. I also speak with Mike Mellano Sr, a prominent California Flower Farmer that received the honor of riding aboard the Kit Kat Float.

This is a fun look behind the scenes at the iconic Rose Parade where you will see the incredible varieties of flowers…ALL California Grown…and the pride that these beautiful flowers bring to the historic Tournament of Roses Parade! 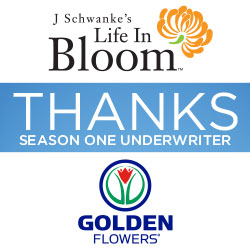