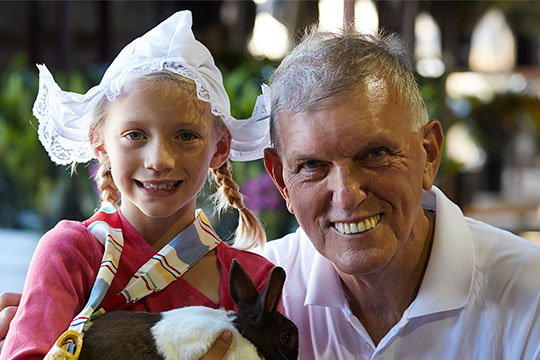 A visit with the LILY Expert:  Benno Dobbe

Let’s learn a bit more about Lilies- and how they grow- from my friend Benno Dobbe. Benno is an expert when it comes to growing lilies… I recently visited him to learn more about commercial lily production. Benno immigrated from the Netherlands to the US – and brought his family to the West Coast of the USA. Benno has Dutch Roots for sure- but now he is firmly “planted” in American Soil- with his Dutch Bulb Productions- in both Washington and California. Benno grows Tulips in Washington- and Lilies in Arroyo Grande- on the Central Coast of California. 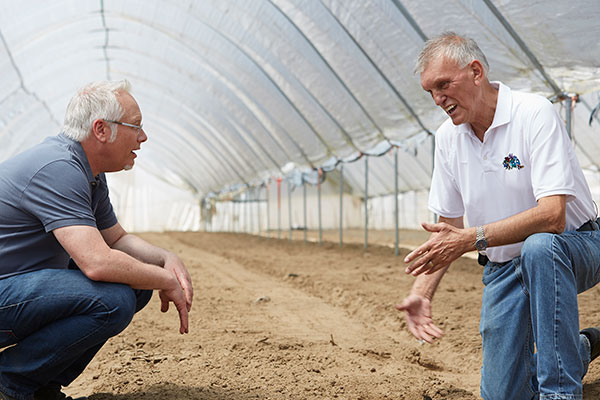 My friend Benno Dobbe- the Lily Expert- sharing his Lily expertise with us at his Lily Farm in Arroyo Grande California! 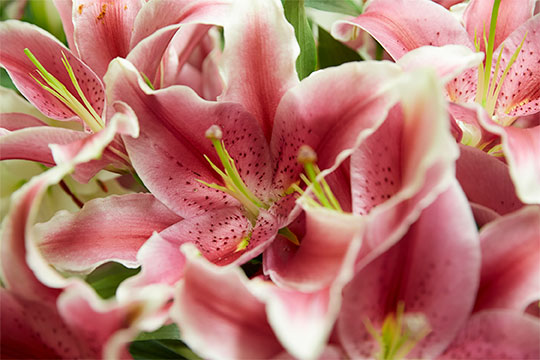 Just a Sample of the BEAUTIFUL Lilies Benno and his family grow in Arroyo Grande, California!

Benno is one of my Favorite Flower Friends- he’s done it all- he started out selling bulbs from Holland- up and down the coast of California- in his Caprice Classic- and Today he is one of the largest Bulb Growers in the USA! He truly has Dutch Roots in American Soil- but it doesn’t stop with Benno- his son Ben – runs the farm in Arroyo Grande- and Benno and his daughter Nicolette – run the farm in Washington! 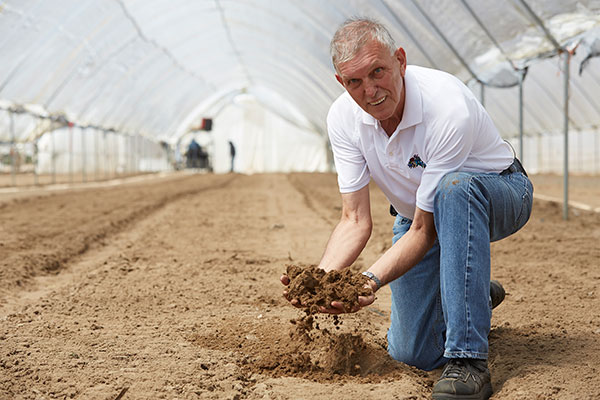 Benno truly has Dutch Roots- in American Soil- that’s his motto- and it’s part of his Charm and Heritage!

Benno taught me so much during his visit- and he loves to share his “secrets”- he will tell you – ‘there are no secrets J- it’s just the things I have learned over the years” – and lucky for us- Benno loves to share! He’s so proud of his Dutch Heritage- and I’ve had the pleasure of visiting his farms personally as well as with a Tour with the CalFlowers Group- and that day – he had his Granddaughter- dressed up in Traditional Dutch Costume- complete with a dutch Rabbit- the Dobbe Family is Amazing! 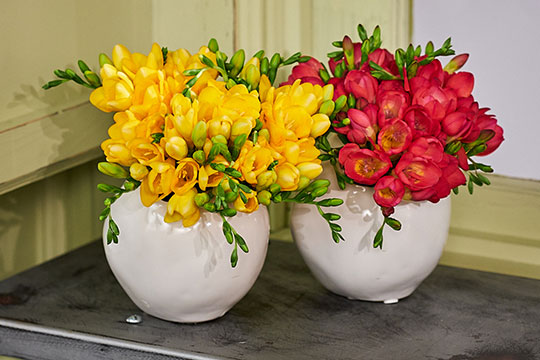 Yellow Freesia and the RUST Color that is quickly becoming my favorite- Grown by my Friends the Dobbes!

Another Treat I had- when I visited Benno- (Watch the Video above) was getting to see my favorite Flower growing at his farm… FREESIA- Freesia smell like Fruit Loops- and my favorite flower is the Yellow Freesia- however I’ve picked up a few of the Rust Colored Freesia lately from Benno- and they smell even better… so I make have to change colors!!! Freesia are amazing flowers- and I always share my favorite trick- about NOT Cutting the Freesia- just put the stems in COLD Flower Food Water- and then- every single bloom will Blossom! It’s the only FLOWER that works that way! Freesia have a super strong Vascular system- and when you cut the stem – it releases a surge of ethylene- that surge can kill the first bloom- but if you don’t cut them… they open all the way to the end… it’s really a great Secret Trick! Learn More about this trick Here! 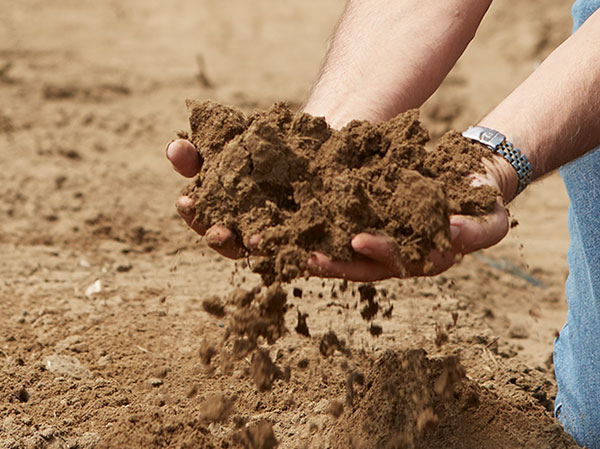 You’ll also see in this week’s show- that when they harvest the Lilies- you don’t see many open flowers- that’s another thing that Benno showed me- you see- Lilies ship better closed- in bud form- and so then when we get them- we put them in COLD Flower Food Water (just like Freesia- but we cut the stems!!!)… and the blooms will open up… If we continue to add Flower Food water- every single bud will open- and that is why I love the lilies – so very much!

IF you would ever see a field or greenhouse full of blooming lilies- there would be trouble! Trust me!

Want to see Benno’s Lilies in Action? Here’s a Fun project on uBloom.com! 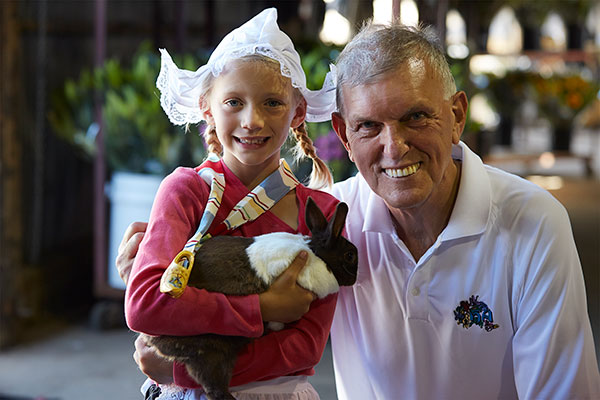 Complete with an Authentic Dutch Costume- and a Dutch Bunny- Benno’s Grand-daughter was ready for our visit!

The Dobbe Family is proud of their Dutch Heritage-  but it goes so much deeper- it’s about Benno’s fascination with growing Beautiful Flowers- from the bulbs- to the soil they are grown in (Yes this makes a HUGE Difference)- the growing and harvesting- and you’ll learn in this segment of Life in Bloom- why you NEVER see a field of Lilies in Bloom… it’s interesting and worth the visit!

I hope you enjoyed my visit with Benno – one of my Favorite Flower Friends- and a Truly LILY Expert… I’m so thankful for our friendship and for the knowledge Benno has shared with me and with our Life in Bloom Audience! 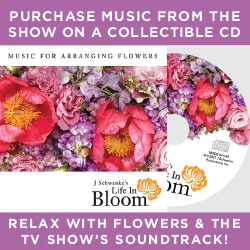