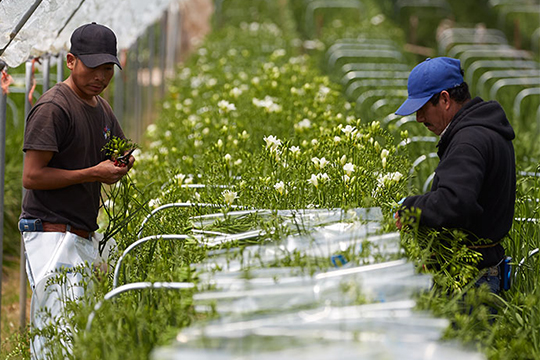 My Friend Benno Dobbe- at Holland America Flowers in Arroyo Grande California- grows Freesia. When I’m pressed about my favorite flower- (and that happens a lot)…I have to admit- that I truly love FREESIA! It is one of my favorites! Certain colors of Freesia have really incredible fragrance… the Yellow, The Reddish Rust Color and Pink- are by far the most fragrant. 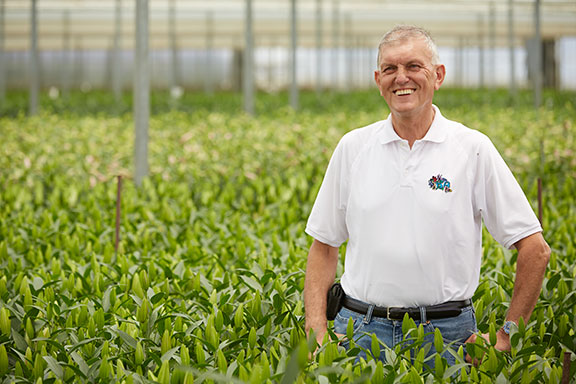 Benno is a Dutch Flower Grower- with roots in American Soil in California!

When they grow freesia at Holland America- it’s a science- and the soil was one of the things that attracted this Dutch Immigrant to this specific area in California. Benno and his family grow Freesia- as well as Lilies, Tulips and other unique Dutch Flower Varieties… I love their slogan- “Dutch Roots in American Soil”. Benno is a huge proponent of American Grown /CA Grown Flowers- and they do it so well. 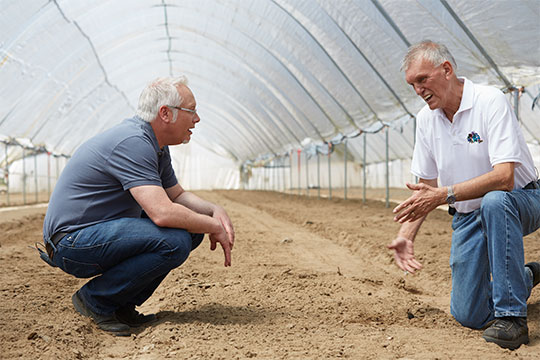 Benno explains the benefits of the soil on his farm Midcoast in California!

We had the opportunity to visit Benno and their flower farm location in Arroyo Grande- for the CA Grown Experience on uBloom.com – You can watch it here. Benno completed the authentic Dutch Experience for us- with his Granddaughter in full Dutch costume complete with her dutch rabbit! It was a wonderful Day!

Back to the Freesia- We used to grow freesia in our greenhouses back in Nebraska- and they were planted in big crates- the crates were refrigerated to “fool” the bulbs into blooming- so when they came out of the cooler and into the greenhouses (where there were still freezing temps and snow outside) the flowers would grow, set bud and bloom. You always knew when the freesia were in bloom – because of the fragrance… it’s a sweet smell (again one of my favorites) and I think it smells like Fruit Loops… 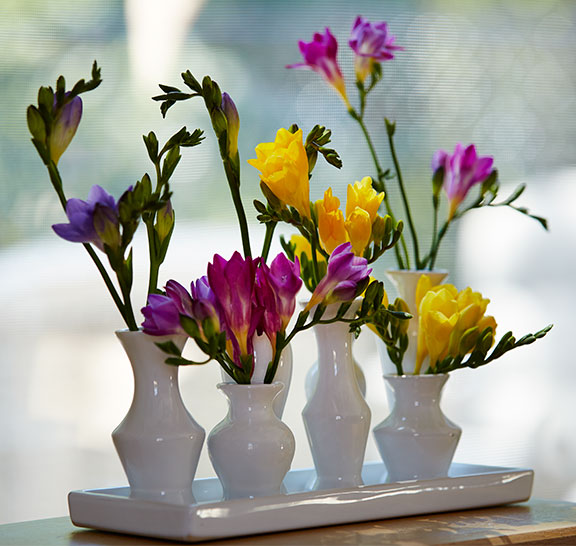 Whenever I say that- it makes people want to smell them… and then they say- YEAH… it smells just like Fruit Loops. Maybe you’ll want to pick up a bunch in the spring time- and experience it for yourself. I think the white have a more pepper-like fragrance still sweet but with a bit more bite… like fresh ground pepper.

You can make up your mind… but I’ll share my favorite Freesia Tips here- When you get the freesia- be sure to mix up some BULB FOOD- (You can buy it here from Chrysal)- it’s a special nutrient that feeds bulb flowers- more specifically- and it makes them bloom completely.  My second trick is to just place them in a vase- WITHOUT Cutting- it’s a little secret learned from my Friend Curtis years ago… and it works …

You see Freesia have the Strongest Vascular System in the Flower World- and if you cut them… they release Ethylene- a gas- that will (in the case of Freesia) ripen the first bloom too quickly- and it will die… so by not cutting them… you don’t release the Ethylene- and all the buds will open up … one at a time… it’s a cool little trick- and I’m sure you will love it… when you give it a try. 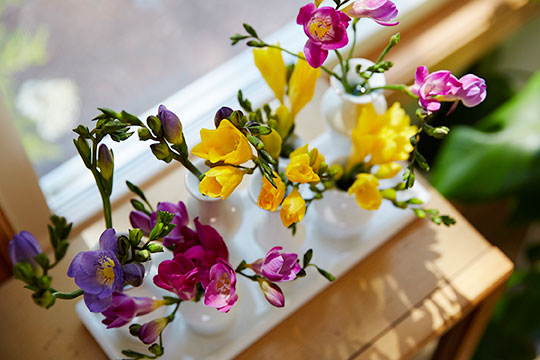 Learn more about this Fragrant Bulb flower- Freesia- on Life in Bloom!

Learn More about Freesia- in this Fun with Flowers and J show dedicated to Freesia on uBloom.com (It’s in our PREMIUM Video gallery- If you’re not a member you can join here… (and here’s a discount code for 40% an annual membership UBLOOMLUV – all capital letters and no spaces- you can thank me later!) Enjoy! 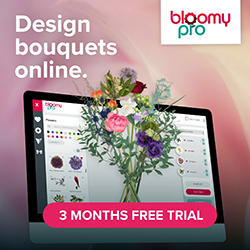