Albertsons Companies has increased their commitment to J Schwanke’s Life In Bloom by supporting Season 4 and Season 5. Albertsons Companies, along with CalFlowers, Dollar Tree, and closed caption underwriter Holland America Flowers are all returning underwriters for Season 4. The new season will debut on public television stations across the country beginning in April of 2022, including a new message from Albertsons Companies reflecting the joy that flowers deliver and the expertise of their in-store flower artists!

“I am always inspired by the support Debora Steier and her team at Albertsons Companies have for the show. They have been on board from the beginning – as they realize, of course,  just how powerful flowers are, and the positive impact flowers have on everyone,” notes host J Schwanke. “And I’m especially excited to share their 15-second video that will be broadcast at the opening and closing of all season four episodes.” 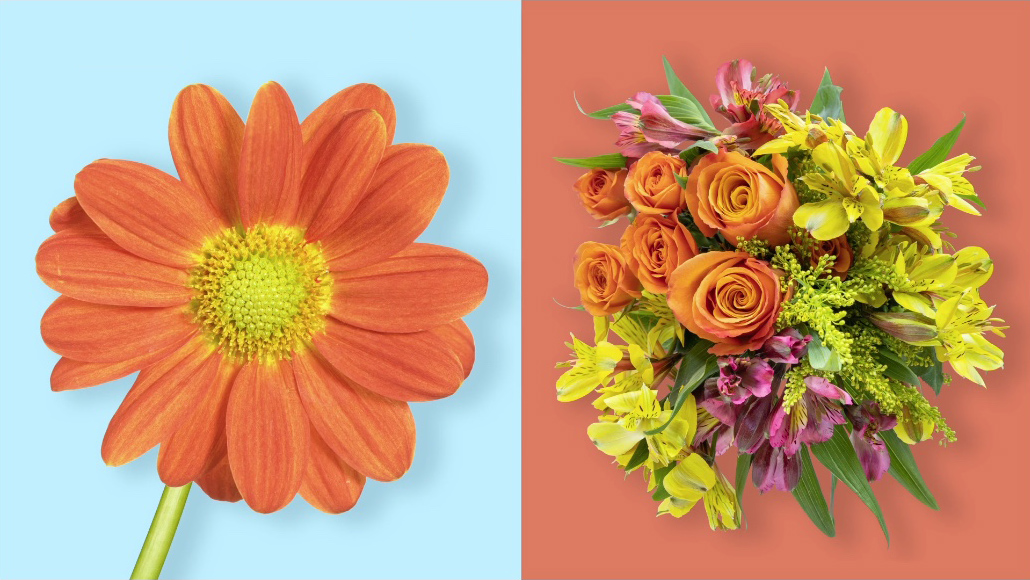 Albertsons Companies – will include a video – at the beginning and end of each of the 13 episodes in Season 4 of J Schwanke’s Life in Bloom- featuring the floral artistry they provide in each of their store locations.

“We are so excited to be a sponsor of this great show. J is an inspiration to all of us and his knowledge in all things Floral inspires us every day,” said Debora Steier, Vice President Floral at Albertsons Companies.

Schwanke adds, “I love the video that Albertsons created as an underwriter. It’s fresh, it’s active, flower-filled, and beautifully produced – the team did such a fantastic job telling their story.”

Flowers – and their inherent health and wellness benefits – remain the focus of the show, with even more ideas for arranging and entertaining at home. The show also continues to feature recipes and beverages that include flowers or floral ingredients, too.

“We wanted to spend a little more time with our guests, so in Season 4, my director Chris Randall suggested I invite guests to join me for the flower cocktail hour segments. It’s so much more fun to share a drink with friends,” notes Schwanke. 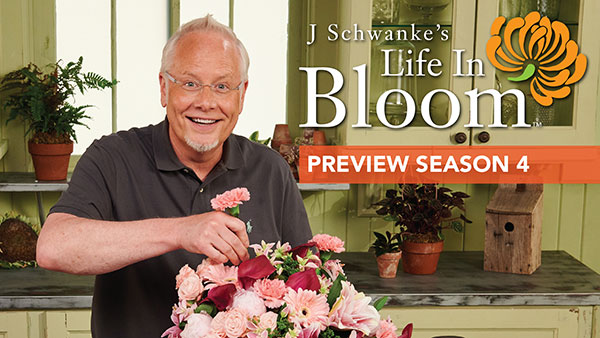 Watch the Preview for J Schwanke’s Life in Bloom Season 4- by clicking on this image!

Watch a Preview of Season 4 of J Schwanke’s Life in Bloom here!

Season 4 also includes a bonus episode, themed for Autumn. “Our distributor, American Public Television, suggested that an additional show with a seasonal theme would be appreciated by stations as well as viewers,” said Schwanke, “so, we were excited to create segments around fall themes, colors, and flowers including Chrysanthemums!”

Inquiries and input about the show are always welcome at: j@uBloom.com. 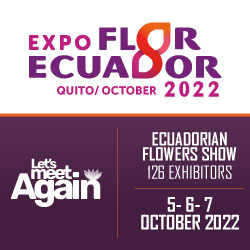